6 months in, and the little man has gone from waking up 2-3 times a night to almost hourly, if not even more often. 4 month sleep regression feels more like a 2020 regression as we have been having issues since Townsville. Welcome sleep training.

I created one for me in January when I was with the two kids away and very sleep deprived. Started feeding to sleep more often than not and on nights where I’d gotten up what felt like 50 times, I put him in my bed.

Now at the end of Feb, I’m struggling to function as a zombie anymore (I don’t do coffee or caffeine fixes). I’ve considered the dummy many times, but figure if we have made it this far, why start now?

The method to end the madness

I visited my good friend Dr Google again. Even though I was meant to just follow my instincts this time round and not stress… yeah right. Read many stories of sleep training, controlled crying, why it’s happening etc.

We decided on putting him down drowsy and then the pick up, put down with a bit of controlled crying as well. I didn’t know how good we would be at the controlled crying as we couldn’t hack it for more than a minute with my daughter. Surprisingly when you want sleep that badly, you can become a lot less emotional about it.

Before we launched into the night training, I got the day sleep sorted which took about 2-3 days. I’d been putting him down a bit early (at the first signs of tiredness around 1.5hrs after a sleep), and this made him more agitated and harder to settle.

The routine (for now):

Power nap: 8am for an hour to an hour and a half. On school drop off days unfortunately I have to cut this one short.

Lunch sleep: Somewhere between 11 and 11:30. This one on a good day can last 1h 45 mins if he resettles, otherwise an hour and then assistance from me which is a hit and miss.

Afternoon nap: Around 3:15pm on a school day, sometimes earlier if at home. This one has to be timed precisely or he loses his sh*t and I have to end up going for an hour walk to try and get a nap out of him.

Early evening power nap: Depending on what happens with the afternoon nap, there are days we need a 15 min power nap to make it to bed time. We tried moving bed time forward one night (see Day 1) and it was a disaster so we do this instead. It also works better for us as my daughter goes to bed at 8pm too.

Fail, fail, fail. I decided even bed time was going to be 2-2.5hrs after the last nap which made it 6:15pm. I got him to sleep, but he woke 20 mins later. Hubby went in to check and he said he looked quite awake but I thought picking him up again would ruin the night so we started our training.

It took 2.5hrs of taking turns going in, rocking, patting, shushing (no boob), until this gremlin finally passed out. The rest of the night was much the same as before with waking almost every hour.

Not much of a win at all. We’ve gotten a few hours out of him in the first stretch or once we have resettled once. The rest of the night is wake ups every few hours. 4am onwards I take him to my bed or the spare room and can manage to get 1-2 hours after a feed if he is pretty relaxed before wake up.

I’m being very strict on the feeds being at least 3 hours apart and the rest of the wake ups we just settle using the above techniques. The crying and fighting is much worse at night as I’ve created a boob addict.

What week 2… complete strike out!

Note to self, don’t start sleep training the week before immunisations or getting sick (not that you can predict the latter). Long story short, we had the shots and then both got a stomach bug. In saying that, the days are still going brilliantly. The nights marginally better in the first stretch, then up every 2 hours. He has however resettled once or twice.

I’m a bit scared to type it in case I jinx myself but day 2 of week 3 and he slept through the whole night until 5am. Insane, right? My other one took until 10 months and then didn’t do it again for a long time.

So here we are on day 3, it’s been 3 hours and he hasn’t yet woken. Early days but I’m calling this half attempt at sleep training a success. And the best part? It didn’t matter we had a few hiccups along the way and caved in to old habits, as he still learnt the skill anyway. 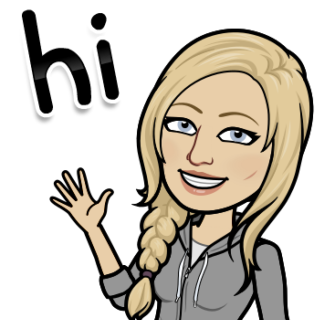